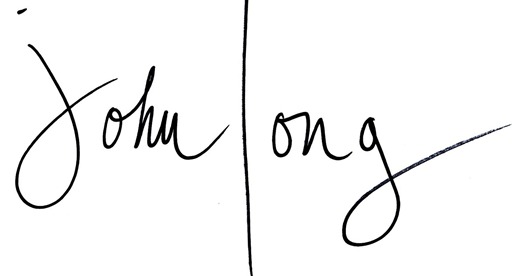 John Carroll Long is a native of Michigan, having spent over 50 years creating art outside Detroit and in Ann Arbor before relocating to South Florida in 2007.

Degree: Bachelor of Fine Arts-1972-1974: Detroit’s Center for Creative Studies after transfer from the Dept. of Fine Arts at Eastern Michigan University 1968-1971.

Along with his early fine arts career, John became a syndicated cartoonist with King Features in 1985:
Cartoonist for Detroit Magazine and Detroit News & News Free Press 1985-2000, The Chicago

over 70 other national and international publications.

During this period John’s photography and drawings received prestigious competition awards along with publication exposure in prominent nationwide news editions and magazine covers. His images found their way into the commercial world through greeting cards, household products, towels, and T-shirts. Several of his images are well remembered as iconic contemporary statements worldwide and remain revered in important collections today.

John is the author of five books with humor collections, published by Simon and Shuster, Workman Publishing: Welcome To Lumpy Gravy, A Long Overdue Book; In Hell Everybody Eats Watermelon Naked; The Moos Brothers Eat Naked; Geeky Brothers: Naked in the Front Yard and In Hell Everyone Plays the Accordion Naked.

Even today, John continues to share creative time with his Fine Arts ventures through practicing humor and illustration. John Long’s edgy, original and amusing humor panels have been (2013-2014) a daily feature on the Editorial Page of the Florida Ft. Myers News-Press.

His media is exhaustive and his mission is to “eliminate the limitations” in all that he undertakes.  John’s personal statement regarding his work: “Artists have a profound need to communicate in their own language and aesthetics.  I feel that my job is to respond to what is happening in the world and/or to share my personal thoughts regarding that world relative to all of us, in an aesthetical way…to make the viewer smile, think and feel.

Representation and Exhibitions:
UP ART AND DESIGN GALLERY – Contemporary, Naples, Florida, 2008 to present, where John Carroll Long’s changing collections have been a major component of the Gallery’s 7 Seasons.

Museum Shows: Numerous examples of John’s artworks were exhibited in 2015, 2014 and 2011 Florida Contemporary Artists Exhibit at the Artis-Naples Baker Museum of Art. 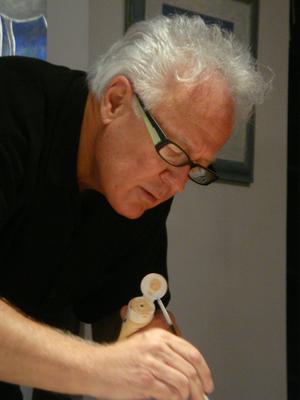